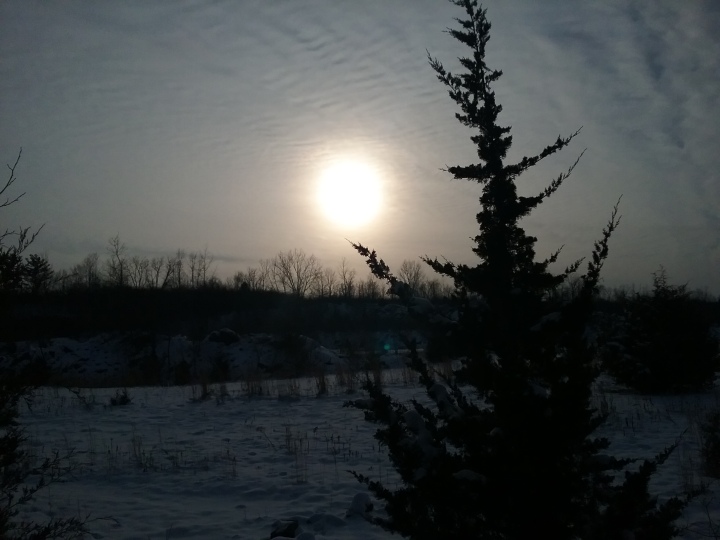 A musing about feeling lost in the metaphorical sense.

I’m sure everyone at some point in life has felt lost, whether literally or in their mind, or their soul, if you will. Even the most assured people have moments of doubt or confusion.

This is where I am. Aside from what I am doing at this moment, writing, nothing else in reality makes much sense to me. A friend once told me that men generally need to feel useful, to have purpose, a quantifiable place. Maybe that’s what is bothering me. When I’m not writing, I feel… useless, purposeless, as though life is some sort of cosmic joke and I’m oblivious to the punchline.

It wasn’t always this way. I remember what it was like to be unhappy, and angsty as a teenager and into my early adult years. Yet my lowest points then weren’t quite like the low points of the present. Is it because since then I’ve had fleeting tastes of happiness, and now that they’re gone, I feel worse than ever, knowing what there is to have and lose? In the span of this post, I don’t know if I can say for sure, but I do remember an acute moment when I was happiest, when I felt the security of purpose and my place. In that moment, I psychologically accepted that my life was changing to accommodate marriage and cohabitation with someone I adored. That preparation was also biological, chemical. Our body chemistry is altered when we take a mate, and when you spend enough time with them, you really do become one unit. I never used to put much stock in that notion, but having experienced it firsthand it is a powerful thing that I don’t have the vocabulary to properly articulate.

The best way I can put it is that, for all my foibles, mistakes, and hurt in early life, I still felt like a complete person. I was me. When that person changed to become part of a larger whole, and then that was ripped away, well… here I am. I’m still floating around like flotsam, a puzzle piece, a square constantly pushed toward round holes and being soundly bounced back at every turn.

So, whilst I physically know exactly where I am, and when I’m writing creatively, I know the path I’m on, in all other respects I’m lost in the woods. Maybe we all are, and what separates us is the degree to which we are lost. Or I’m one of those people who simply isn’t able to handle loss as well as most. Most parts of my memory are eidetic, and that can be a bitch. My subconscious constantly being stuck in the past, it’s almost frightening to see how that bleeds into the conscious actions you take. I had an epiphanous moment earlier this week, in which I realized how many of my current habits and actions are influenced by loss, and my attempts to reconcile it. Through a random stumbling upon a psychological survey, I even found out that certain showering habits are influenced by the human need to feel warmth and closeness. My reaction to that was “holy shit that’s profound, and sad, and… wow, I do that too. Son of a…”

Here I am, a little over five hundred words deep into this, and I am still lost, but perhaps something I said can act as a lantern to someone who feels the way I do. Maybe we’re all lost, but in the being lost together we can figure out where we should be in the woods, or if we ought to even be in the woods at all. In the meantime this author will continue to write, and search for new purpose in the kind of present I never expected to ever live in.