This article’s title is a bit flippant, I think, in that it is a gross simplification of life’s current state. However, I felt that I needed to say such a thing because, well, unintentionally, I realized I had strung together a consecutive run of posts that made my life and condition out to be depressing, somewhat nihilistic, and bleak. True, there have been days where I have felt dismal, and there was a spot where I hit as far down to rock bottom as ever with regard to morale. Yet, the truth is that on any given day in between the posts I’ve made this year (which I admit have been too few), life has been at least okay. That’s really the prevailing theme, things have been rather mediocre, with enormous amounts of room to improve yet with a staggering depth to which they have not fallen. It’s hard to feel thankful when stuck somewhere in the shallow pool of “average,” “okay,” or “mediocre,” but to paraphrase Jayne Cobb, it’s not nothing, and that’s something.

I have also been more critical than praising in the few media reviews I’ve done, I realize, as well as anything that counts as social commentary. It’s not with the intention of being a negative bitch, as when I criticize it’s with the intention of protecting something from moving to a dangerous extreme (as with my writings pertaining to the LGBT community), or to challenge a particular piece of art or culture to do better (as in the case of Star Trek as helmed by CBS failing to meet the quality standards of what came before it). However, as with what I mentioned in the first paragraph, I noticed that my trend in commentary has leaned negative (or at least favored the harsher side of constructive criticism). Such things are necessary and have their place but I don’t want that to be the prevailing theme here.

That brings me to what After Terra itself is even about, which is first and foremost my love of science fiction. I wanted to distill everything I loved and thought was critically effective about works such as Star Trek, Firefly, Farscape, Battlestar Galactica, Cowboy Bebop, and Mass Effect, alongside a certain in-universe awareness about the curious human relationship with storytelling. As well, in the original edition of Year 200, it was intended to be an almost silly at times love letter to all things science fiction, while introducing a cast of characters that was largely immature, that was forced to confront something far more refined and aged than they could even comprehend. Among other things, I failed to properly sell that notion, which is one of the many things I set about correcting in the novel’s Illuminated Edition. I wanted to convey an idea along the lines of, “well, okay, what if a ragtag bunch of people who were living in a time capsule of 21st century culture but in space, essentially immature social media Gen Xers in spaceships and stations, were thrown into a space opera adventure?” It’s a way of asking, how would a sampling of the current/up and coming generation handle an epic quest? Do they wilt under the pressure or do they mature and evolve in the face of something far bigger than the lives they thought were important?

That’s a question I find worth asking of myself as my life sits at a weird crossroad.

In the spirit of the aforementioned, I will be going back soon to reviewing more things I love, as well as endeavoring to make my voice more nuanced in how I utilize it.

This is a long overdue fit of much-needed catharsis.

I don’t remember exactly at what age that Christmas lost its “magic” and no longer excited me. It was sometime in my late teens, when I was privately rebelling against my monotheistic upbringing, as well as when I entered the workforce and began the journey of realizing what horrible cogs we are in an unnatural, corporatized machine we inherited from the last few preceding generations. I genuinely believe that at least some of the uppity, persnickety, churlish snobs who exist in the world would act more humbly if they had ever worked food service and retail like myself and so many other working class sods. Being on the receiving end of the public’s bullshit, I would hope, would make one less eager and willing to be the one in turn pushing your bullshit on some other worker unlucky enough to be serving you.

I realize that the preceding paragraph, if taken on its own without further context, might sound like a sound byte rebuttal against capitalism and some sort of veiled support of a Marxist idea. Allow me to be perfectly clear: I don’t support most, if any of Marx’s ideas and indeed think he was a resentful, vengeful idiot, or at least managed to portray himself as such through his work. Also to the reverse, I don’t think capitalism is the best possible economic solution to solving humanity’s deep problems of inequality and injustice, however it’s the best we’ve managed to implement so far, and I think on a small scale and at the individual level it works well enough that to attempt replacing it invites great peril.

No, this is about the excesses of corporatism and consumer culture. I think individual and small-scale free enterprise and entrepreneurship is great. What isn’t great is when the opportunities for those ventures to succeed or even exist are squelched by giant corporations who are eager to assume as much wealth and power as possible, and by the bloated, bureaucratically choked governments which enable them. The past nearly two years dealing with the unspecified virus of unknown origin has made it clearer than crystal that those who have power and wealth will take any and every opportunity to seize more of it, and they will not let it go willingly. If there was any genuine altruism powering big corpo and big government, we would be seeing a different picture at present. Instead we see corporate giants working in collusion with their bought and paid for government cronies, to be allowed to operate above the restrictions which everyone else is expected to obey without question. Because how dare any situation, crisis, or demand impede on the profits of giants like McDonald’s or Amazon. How dare we actually put “we’re in this together” into practice and say that we are facing problems more important than the profit margins of big business during the holiday season?

Collectively speaking, we’ve learned nothing. Buy, buy, buy, consume product, give in to the pressure to buy gifts and have parties and fancy dinners, even if you can’t afford it. Especially if you can’t afford it, because even debt is a commodity now, parceled and sold to folks desperately living beyond their means just to feel valued, loved, and as worthwhile members of their communities.

Worse yet, this rampant consumerism and the continued protection of big corpo by their government stooges is horrible for the environment. Interesting to me is seeing so many, leftists in particular, who are in favor of stringent lockdowns and think the government has unlimited money with which to bail people out of financial destitution indefinitely, yet they also claim to care about the planet and climate change. The very government(s) those types worship and depend on like Big Brother are responsible for empowering and protecting some of the biggest polluters around: giant corporations. Do you even comprehend how much pollution and material waste is produced and left over from providing one of you even a single fast food meal in a drive thru? Do you understand how much animal and material waste is created from having to constantly keep hot food at the ready? Do any of you understand the human cost, the insane, unnatural demands put upon the people behind the scenes, who are the ones making it possible for you to have hot food funneled into your car on a whim, or to get almost anything delivered to your door with next-day shipping? All you do is impulsively hit “buy” on Amazon’s shopping application, without understanding the chain of events you set in motion by doing so. There is a steep human and environmental cost to allowing these giant entities to operate without checks and balances, to pursue greater and further absurd solutions to artificially created consumer demands.

This is Christmas Day in my part of the world, as I write this. I barely survived, if we’re speaking in terms of mental and emotional health. Even when only tertiarily participating in the season (as a Heathen I am endeavoring to make pagan celebrations, without their modern accoutrements, part of my life), I was almost swallowed up in the excesses. There is an enormous amount of pressure and anxiety associated with this time of the year, and of course, in the pursuit of profit, big business only seems to reward procrastination and having consumer demands met at unrealistic speeds, regardless of what that does to the workers making it possible.

What can we do? What can I do? Christmas commercialism is a gigantic beast that no one person can stop or stand up to. Nor would I advocate burning the whole institution to the ground, and thus taking away traditions that provide genuine warmth, family, and merriment to some folks, even if I don’t share them. What I am suggesting is that we fight back with the weapons we working class stiffs do have. We have money, even if not a lot, and we can choose to spend it in support of local businesses and individual artists and craftspersons. We can choose to cook and grow food more for ourselves instead of relying on fast food drive thrus and doordashes. We can stay home and off the shopping apps on Black Friday. We can write to our representatives, our newspapers, and to groups already campaigning for positive change, to make it clear that the people who are supposed to be “our leaders” need to be more interested in protecting the liberties and prosperities of individual citizens more than corporate entities. Even if our reps are sold out to the lobbyists, I believe that with enough noise and enough people voicing their dissatisfaction, change is possible. And more than that…

Take time and be thoughtful enough to understand that there is a person dealing with some shit in order to provide you with any good or service. Be thankful and show some gorram humility to those of us “little people” making everything in our modern world possible.

It should be, right? It has that sort of ring to it. Imagine that show, filmed in the style of classic works such as Rocketeer or Forbidden Planet…

END_OF_DOCUMENT_TOKEN_TO_BE_REPLACED 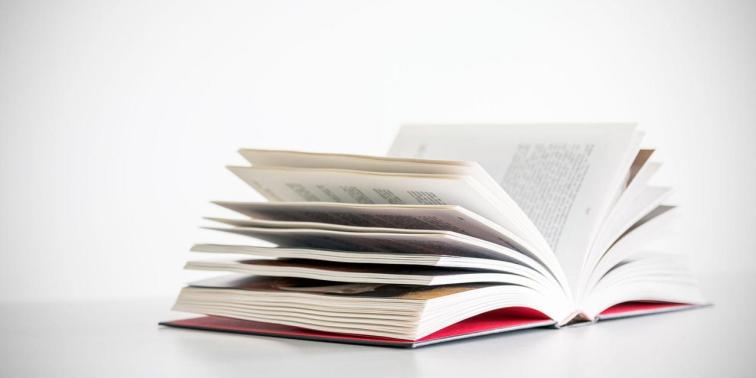 You don’t have to be an author to tell a story; we can all learn from what it takes to tell one effectively.

END_OF_DOCUMENT_TOKEN_TO_BE_REPLACED

Following up on a movie that affected me. END_OF_DOCUMENT_TOKEN_TO_BE_REPLACED

My thoughts on the seething, argumentative culture we have in the United States. END_OF_DOCUMENT_TOKEN_TO_BE_REPLACED

Or, why I stayed off of social media for an entire year. END_OF_DOCUMENT_TOKEN_TO_BE_REPLACED

A blogger’s foray into one of the things in life, which makes him want to HULK SMASH! Ahem. END_OF_DOCUMENT_TOKEN_TO_BE_REPLACED