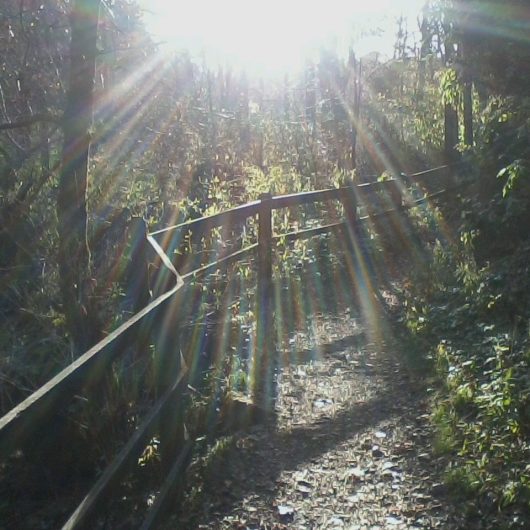 A soul’s solace, a lifetime in waiting…

The word redemption does automatically carry a strong connotation. At least to me, it brings to mind images of fallen heroes who, through some great deed, bring themselves back to the light.

I am not quite a Darth Vader, or some other infamous villain. Unintentionally, I may have hurt some peoples’ feelings before, or said or done something stupid. That’s inevitable, it comes with being human. Even the nicest, sweetest person in the world can’t please everyone. And quite frankly, some people are so insufferable that they aren’t worth trying to please.

That said, I have been a villain to myself. Allowing despair and darkness to overwhelm my soul, and believing the horrible things I thought about myself. In the new light and love I have discovered, I have at last confronted the most malevolent of all demons: my self-critic.

Writers and artists know this demon all too well. It is what keeps some of us from creating at all. It kept me from writing anything of note from my teenage years all the way until being 28 years old. My demon extended beyond the creative world, into the fabric of my daily life. It manifested in one way, what you could get away with calling anxiety. It was the feeling of never being good enough, never mattering, always living in the shadow of my every mistake, no matter how small. I’ve mired in regrets ranging from writing (launching my first book under a pen name doomed to fail), dating (why the fuck did I ever go on dates with some of the people I did), work (did I make a mistake during the work day? Better end up having dreams about it at home), to music (is it my fault my band broke up? Would it have mattered if I tried harder?).

I can’t control the past. Unless I become the Time Traveler, then the past is immutable. There is no such thing as perfection. Human existence is a messy, weird business. We’re really good at making mistakes. The worst experiences in my life came from naivete, from allowing myself to be suckered into something because of flattery, or because in despair, I rationalized that being able to get, say, 10% of what I really wanted was the best I could ever hope for. I let myself be used time and again in many ways because I surrendered to my inner demon, that thought to be used at least meant I had some meager value to someone, albeit a temporary and hollow one.

The real villain of those stories was me, for allowing it to happen. For not following the warning signs my heart or mind detected. I resigned myself to destruction. I allowed what should have been a positive notion–to live life to the fullest in the stead of those who died before their time, like my sister–to motivate me into performing actions that did me more harm than good. I felt the way she did: unloved, unwanted, unappreciated, most of all by me. I was my worst enemy. And I let myself be used the way she did, her tender heart taken advantage of by the vultures in this world.

I may still be a creature of the night in many ways (stay away from me, bright light!), but the sun has risen on my world, and in finding love in a truer sense than ever have I known, I have found my redemption. The hardest act I have ever performed in my life is forgiveness of the self.

If I can do it, anyone who still has a decent heart can. Anyone who has not been totally destroyed by the insanely cruel world of man’s construction, they too can be redeemed. They too can find love, forgiveness, and the ability to see the world with eyes full of a child’s wonder.