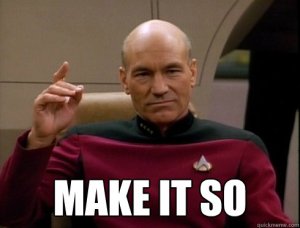 Reinvention of self, or finding something that describes what was already within? You decide.

This is a subject I have certainly broached before, especially in this post I made some time ago on The Uncommon Geek:

What the frell is with the name, anyway?

I cringe a little inside whenever I read posts I made before I found my writing voice. That pretty much covers any period of time before I completed my first novel, in case you’re curious. I can’t even believe the way I used to write, looking back, but I am still grateful to Mr. Uncommon Geek for giving me a chance and letting me rediscover myself as a writer through his blog.

So, why is it that I still struggle with what I should call myself? Neo is still something I appreciate being called, not only because it is the name of one of my favorite heroes, but the word itself literally means new. It is a small way of reminding myself that I am as much my own invention as I am a combination of my parents. I am something new out of that which already existed, more than the sum of its parts.

But as well and good as it is to be called Neo in the gaming world or in my private social circles, it doesn’t really stick well in trying to be a published author to the world at large. So, in April 2016, when I was in one of my “ready, fire, aim” moods and self-published my first book, After Terra: Year 200, I went with what I thought at the time was the best compromise as a pen name: Daniel Craig. That’s my given first and middle name. For a bevy of reasons, I never wanted to be published or known to the world by my given and family name (complicated story for another day: my family name is one that we shouldn’t even have had). I couldn’t figure out what else to use that seemed like a genuine representation of myself, so I went with Craig. I figured if there was to be any potential legal blowback, I could defend myself since that is what is on my birth certificate, and I am an author, not an actor, so I’m not trying to compete for publicity in the same field as the man playing James Bond.

But, time went on, and I’ve never fully felt comfortable with it. My biggest supporter for most of 2016, the ex who went on to crush my heart, did give a piece of feedback that is worth remembering despite the fallout between us: neither Daniel Craig nor Neo Ethereal are very effective names to use for publication, for many of the reasons already given. Although I have chosen to embrace it with humor, my interactions with many people online, who don’t know me personally, are often tinged with references to James Bond. I have been a fan of Bond films for most of my life, and I’ve always known it was popular, but I grossly underestimated how difficult it is for a typical person to divorce James Bond from the names of the men who have portrayed him. Playing James Bond etches an actor’s name in the subconscious fabric of many moviegoers around the world. I never appreciated the gravity of that until recent times.

This revelation, coupled with armchair research into the family name I am saddled with, led me to a name that not only struck me as more appropriate for my musical project than Ethereal Downfall, but one that was also a purer, simpler, more beautiful representation of who I am. It also so happens to be a more concise version of my family name, considering that as-is, my current legal last name is a bastardized English name that was mangled by mistranslations from its older, Gaelic origins.

So what is it that I decided to call myself now? Coldspring.

This is of course, subject to my own perception, but what things can compete with the purity of cold water? Like my demeanor, or perceived demeanor, cold water can hurt, it can seem unwelcoming, but, it can be a refreshing, sobering source of cleansing. Pure water gives life, indeed it is a fundamental source of life for all that lives on this planet. Spring implies depth, that it comes from within the earth, it is something that is more than meets the eyes, it cannot be judged and appreciated on what comes to the surface alone.

So there you have it. My final rebranding. As an author, and as far as the world at large is concerned, my name is Daniel Coldspring. If you happened to buy one of my books before this post was made, congratulations, you have a collector’s item of sorts, since it has my old pen name.

This all may not seem like much to you, and if you’re someone who has always been comfortable in their own skin and with their own name given at birth, you might think all of this is weird. So be it. But this matter has been a source of great consternation for me since I decided to begin publishing my work, and now I can exhale in relief that I settled the matter and found a better representation of who I am.