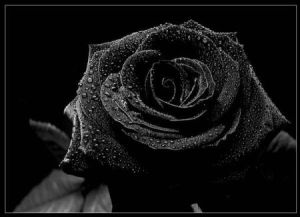 It means something different to each of us

Yesterday was a difficult day to endure, for it was a day dedicated to a funeral for my paternal grandmother. She was among the kindest, gentlest souls I have encountered in my travels. Her generosity and love will live on through her family, and in that way I prefer to think that she isn’t really gone at all.

When someone you know dies, I believe it is inevitable that you ask yourself certain questions: “did I do enough for them? Should I have called them more? Did they know what they meant to me?” I think we always jump into regret, wishing we could have done more, even if we already had done literally everything possible to make those questions come back with a “yes.”

I believe it is best to not be consumed by regret. These things are not within our power to control, and indeed, for someone who loved us, I contend that they would rather us not be consumed by regret and despair but rather live life to the fullest potential in their stead. Would a mother and grandmother not prefer her family to prosper and be happy instead of wallowing in grief? I think so. Especially my grandmother, who couldn’t stand being a burden to anyone else and wanted so much for her family to be happy, even if some of us have traveled far away from where we were born.

And now this is the moment where I may lose some of you, family in particular, if you happen to be reading this. What I believe, if you prefer to talk in matters of spirituality, of religion, of faith, does not align with that of my family. I still consider myself agnostic and have been since my teenage years. I think the matter of whether heaven is real and if there is a god as described in the Torah and the Christian testament is not something graspable by humanity in our current state. Following that same logic, how can something as beyond us as a deity of infinite power, infinite time, and full omniscience really be captured by a book written and printed by man? However, that point aside, if the heaven that so many around me believe in is real, I don’t doubt for a moment that my grandmother has found her place there.

But since I am not able to believe in that which is not provable, I instead make peace with death, in the knowledge that a woman who suffered for many years with an ailing, frail body, no longer knows pain. I make peace with knowing that the best examples she showed and the teachings she passed down will live on. Her personality and the things she loved about the world have been passed down genetically to her son and through him, to me. She loved nature, she loved children and animals, she loved to read and write and spend time with herself and the natural world in quiet reflection. The simplicity of watching a robin chirp on his branch, of filling out a crossword puzzle while swinging on the porch, listening to the wind chimes and the breeze, of watching deer jump and play through a grassy field: these are some of the things that brought her joy and put a smile to her face, and I am thankful that this appreciation for the world and its wonders found its way from her to me.

Funerals are, inevitably, always painful. I have a disdain for the worship our culture affords to death, the pedestal upon which we grant it immeasurable power over our lives. I chagrin at the industry of death, an enterprise of alarming efficiency. I wonder how much better the world would be if matters of life were handled with the care and utter, brutal meticulousness that death is. Why are funeral homes better at handling the remnants of human beings than other enterprises are at nurturing those who still live among us? Why are the dead treated with more reverence and respect than the living?

I made peace with death in the final moments I spent by her failing body, I said my goodbye in that fragment of time. I needed no ceremony, but I endured it for the sake of supporting my father, my mother, my grandfather, and those gathered around them. I put up with the worship of death on an altar, the display of what has passed for gawking onlookers and well-wishers. I put up with the glances of judgment cast upon me by those who think themselves holier than thou. I did it for those who needed to see my face, to hear my voice, to receive a comforting touch. I was there for the living, not the dead, for the dead are at peace and have found their way to whatever it is that does or does not await us all.

This passing reminded me all the more acutely of how imperative it is that I maximize the potential of my own life. My sister and now my grandmother would not want me to mire myself in pointless regret, but would rather see that I am happy. I must do everything I can in life that my sister could not as her life was cut short.

I must love absolutely, must succeed or fail absolutely, I must act so that no matter the outcome, one will not be able to look at the journey and say that it was without interest. I will affect the world, whether to do so in obscurity or as a force to be remembered in history books, I will do it.

This post will be closed out by a quote I found from a former President of the United States:

Absence and death are the same – only that in death there is no suffering. – Theodore Roosevelt