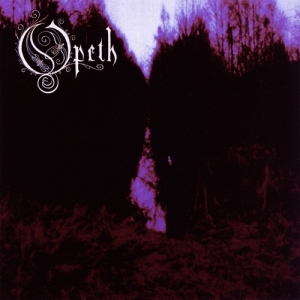 A review of Opeth’s third opus, My Arms, Your Hearse, which features a new direction in sound, and a different lineup from the two previous records.

One of the incredible things about Opeth and their albums, is that in almost all instances, from the very first seconds of the opening track, they stir an enormous amount of emotion. My attachment to these albums developed very quickly, and in the case of their third album, My Arms, Your Hearse, I was hooked from the first pulse-poundingly cascading riff of “April Ethereal.”

If all you had heard up to this point was Orchid and Morningrise, it’d be easy to forgive you for not immediately recognizing Hearse as Opeth. Though the songwriting and playing styles of Mikael Akerfeldt and Peter Lindgren make themselves abundantly obvious a few minutes into “April Ethereal,” the first impression of the new sound is that of pure death metal. The guitars are way heavier than anything heard on the first two records, and the vocals, which had been, for all intents and purposes, in the style of black metal, are now giving way to a, growling, ferociously low and deep death metal roar. Also, Opeth’s new drummer, Martin Lopez, was not only given a drastically superior mix for his kit than what Anders Nordin had in Morningrise, but he played with an intensity and a fervor that Opeth’s music had not been blessed with before. Martin Lopez had just come to Opeth after having played on Amon Amarth’s first full length album, Once Sent to the Golden Hall, and while he absolutely killed it on that record, his Latin and jazz-influenced style was undeniably better suited to Opeth’s sound.

In addition to the massive ramp-up in heaviness, Hearse is also Opeth’s first foray into the world of concept albums, and I consider this to be among the very best of those ever put to recording. Every track, even the instrumentals, “Prologue,” “Madrigal,” and “Epilogue,” are parts of the story. These instrumental pieces have their own associated lyrics which must be read in the album booklet. These pieces are part of one gigantic whole, and to get the entire story, one must listen to the album from start to finish in the order that is intended. The story of Hearse is that of a ghost who is initially in denial of his own death, and in agony ends up haunting the woman he loved in life. This tale is interwoven with nature and the seasons, and also completes a full loop, starting on the eve of spring and ending with the dawn of winter… and back again. Although this particular story’s ghost seems to accept his destiny by “Epilogue,” it could be argued that, like nature, and life and death themselves, the story never really ends and never really begins; rather, it is merely a self-perpetuating cycle. It is a journey; it is a glimpse into the beyond that is but a fragment of the whole.

The music appropriately conveys the emotions that the lyrics intend. The guitars are so staggeringly heavy. Not just in a metal way, but they are so thickly drenched in despair, agony, and are awash with seething pain. Together with Lopez’s powerful drums, and Akerfeldt’s mournful clean vocals as well as his incredibly brutal death metal roar, the music hits you like a tidal wave of tragedy; it is one that can have you banging your head in one minute and ready to cry in empathy the next.

I have heard it remarked, that Hearse is when Opeth became “deathy, more song-oriented.” Well, they did switch the death metal into high gear here, but being more song-oriented and less about progressive, varied, journeying music? That wouldn’t happen until the next album, Still Life. Hearse maintains the same sort of songwriting mentality as Orchid and Morningrise. There are no parts which are revisited in a track, and none of them have any sort of central “hook” to them. However, these pieces of music are much tighter and feel considerably less patched together than the songs on Morningrise. My Arms, Your Hearse is a beautiful, best of both worlds transition between the boundless, unpredictable soundscapes of the first two albums, and the more concise, focused writing of Still Life and beyond.

Since each song is one part of a whole entity, I find it more difficult than usual to pick out particular tracks that I would consider my favorite of the album. “April Ethereal” and “When” are certainly amazing tracks and have some of Opeth’s most beautiful and touching moments… “The Amen Corner” is crushingly heavy, and “Demon of the Fall” is perhaps the most emotionally brutal song I have ever heard in my life, and yet has an ending that is nothing short of a tear-jerker. There is a reason why it is one of Opeth’s most-played songs on tour. “Credence,” “Karma,” and the proggy, almost Pink Floyd-esque “Epilogue” send the album off into a mournful embrace of fatalism and eternity.

I can’t sing the praises of this album enough. I know that I already used the word “masterpiece” in my other Opeth reviews, but even masterpieces have gradients of quality. My Arms, Your Hearse is absolutely one of the greatest musical creations of all time. For me it is barely, and I mean barely, beaten by Riitiir, Blackwater Park and Back to Times of Splendor. For any fan of heavy and progressive music, this one should not be missed.